How did I know that Rick Perry’s Presidential campaign ambitions were pretty much over, long before the headlines said so?

His campaign had not sent an email since June 30th.  Not a single one.

In fact, the one single email that I received was sent via the following FROM:

Notice that the email did not come from @RickPerry.org but from a consulting firm that sends emails from 100’s of campaigns and organizations across the country.

Rick Perry is at zero.

What do you think? 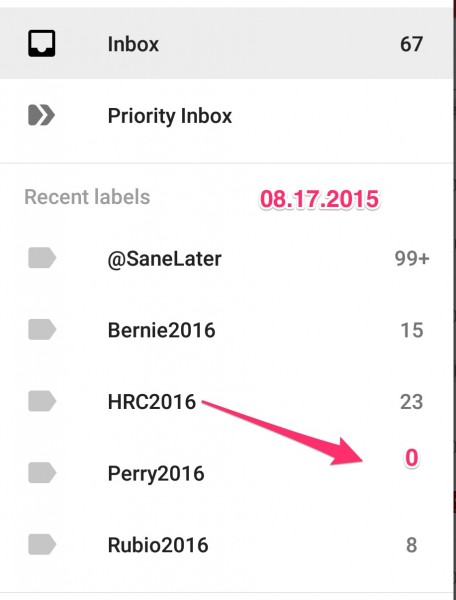