A Note From Shaun 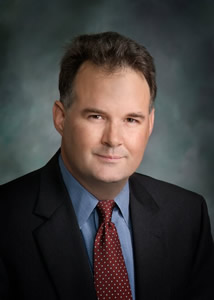 In 2007 I decided to leave a Sr. job at the Motley Fool to become a social entrepreneur and to start Dakin Associates.   In the Fall of 2007 I launched Citizens for Civil Discourse and the National Political Do Not Contact Registry.   By February, 2008 I was testifying in the US Senate at the invitation of Senator Dianne Feinstein.   And by the historic election of Barack Obama the registry had 500,000 members, and we had driven the national conversation around political robocalls.

I did this with no outside funding, and no PR agency or digital agency.   I built the website on my own, placed op-eds around the country, including the Washington Post, and was heard and seen on local and national TV and radio across the nation.

Innovation, Change, and Results are the adjectives that have described my career.   I’m always thinking about how to do things differently, better, more efficiently.  Not just because it is the latest thing, but because it produces results and success for the organizations I work with.

I ran the FedEx.com strategy and alliances group and was a key member of the team that developed both tracking and shipping for the internet.  .   I’ve worked for companies such as webMethods (software product management), Fannie Mae (mortgage technology product management), Laureate Education (online learning and P&L leadership ), and the Motley Fool.

In 2007 I left the Motley Fool to start Dakin Associates and created the non profit National Political Do Not Contact (NPDNC) Registry to help address the boom in computerized political “robocalls.

I’ve been seen on CNN, CBS, NBC and ABC news and heard on NPR, XM radio, and many local and regional TV and radio stations.

In 2008 I helped the NPDNC win the Mashable Open Web Award for the top non profit in the United States for use of social media. The NPDNC drove the national conversation on political robocalls during the 2008 Presidential election so much so that Saturday Night Live created a character called “Robocall”.

I’m also an adjunct Professor at the George Mason University School of Management where I teach both MBA and undergraduate marketing. I attended Colby College where I majored in Government and Thunderbird where I received my MBA in technology marketing.    I live outside DC with my wife, son and dog.